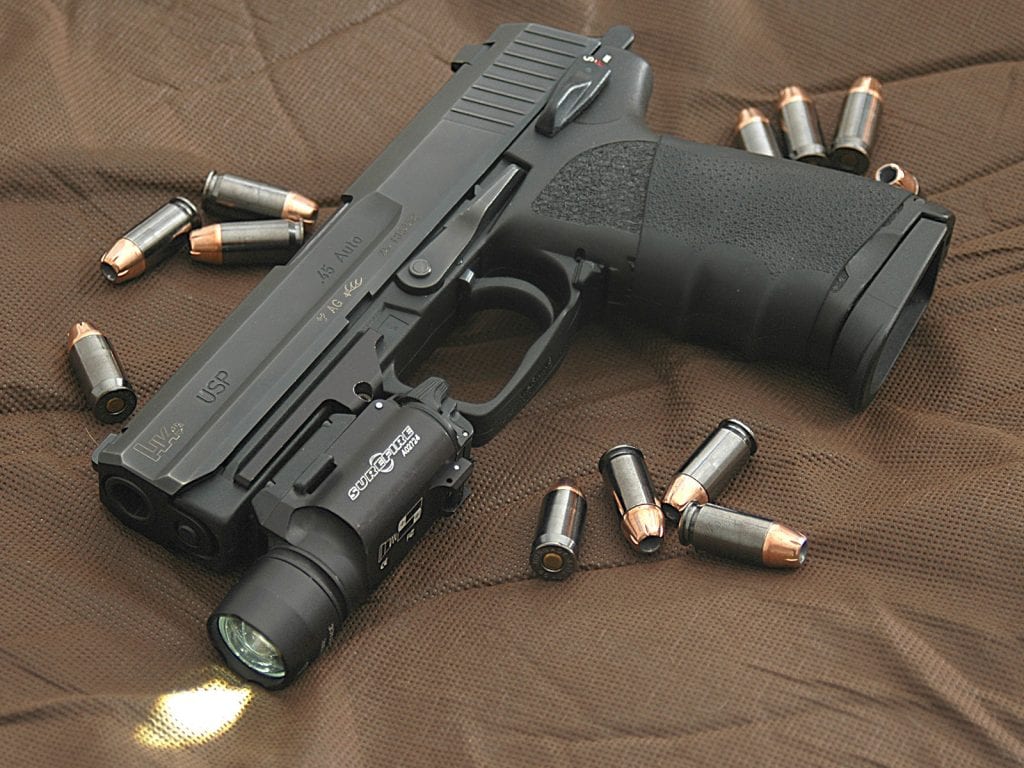 The gun community is never short of arguments over tactics, gear, caliber etc., and this is definitely one of those topics. When does beneficial tactical gear cross the line and become just something that looks tacti-cool?

When it comes to tactical lights on our everyday carry gun, opinions on if they are necessary are bound to vary. My opinion comes from my experience in the Marine Corps infantry, as a patrol cop, and civilian concealed carrier. I had a tactical light on my M-16 in Iraq.

Running combat patrols at night and entering dark buildings is commonplace, so having a tactical light on your primary weapon system is definitely a benefit in these conditions.

I also had a tactical light on my duty firearm as a patrol cop, and most of my time on the street was spent working graveyard shifts. Working nights as a cop without a light on your duty weapon, in my opinion, is not smart.

Obviously having a light on your firearm at night is going to be beneficial for a police officer encountering a hot prowl subject hiding in or around a home or countless other scenarios that I have been in, where having a tactical light on my firearm benefited me.

As a civilian concealed carrier, I have not decided to put a tactical light on my firearm. There are several reasons for my decision, and ultimately it boils down to a balance of the pros vs the cons.  Here is my reasoning why I chose not to have one on my everyday carry (in no particular order):

It Is Your Choice:

Don’t get me wrong, I am not saying tac lights do not have ANY benefit or application. They definitely have their place, especially on a home defense gun. In general, I don’t think a light on your EDC is an absolute must. I say it isn’t an absolute must because many popular EDC guns do not have an accessory rail for a light. I would hate for someone to give up on their favorite EDC because they can’t fit a light on it.

If you work at night and typically walk through a dark parking lot or alley on your way home or to your vehicle, you may find having a light gives you more peace of mind. This would be a great reason to ensure you have a light for your EDC.

Ultimately it is your decision to make if you place a tactical light on your firearm. Just make that decision based on your analysis of the pros and cons rather than just wanting to deck out your firearm and make it look cool. Good luck and always stay safe!