Continued Growth for the Concealed Carry Market, led by Women and Millennials

According to the Crime Prevention Research Center there are an estimated 17.3 million citizens with concealed carry licenses.

Most interestingly, the data shows this has *more than doubled from 7 million concealed carry permits in 2010. It’s also of note that there was a 890,000+ increase in these License to Carry a Firearm permits over just the previous year of 2016.

The report goes on to show that the biggest driver of this growth are young people (age 21-34) and women.

In our industry we know that small concealable semi-auto pistols and revolvers are ideal for everyday carry and self protection, but what behaviors, attitudes, and perceptions do these individuals who carry a firearm hold?

Now, before we jump into the rest of the data- a bit of disclosure- this report is compiled from source data obtained from the United States Concealed Carry Association (USCCA), and A Girls and A Gun. It is important to consider the sample source when drawing conclusions from this report. The majority of the sample for this study came from an organization whose purpose is to provide training, education and information resources to individuals who are interested in self and home protection and particularly in the use of a firearm for this purpose. This suggests that a disproportionately large percentage of men in this sample are carrying more frequently than would otherwise be observed in the general population.

So, on to the nitty gritty- approximately 4500 participants were surveyed, and here’s a link to the short video presentation  complied by the National Shooting Sports Foundation (NSSF) if you want to view it yourself.

The survey wanted to garner insights regarding gun ownership, type and number of firearms owned, frequency of carrying firearms, and reasons for obtaining the concealed carry permit. The report also looks at what other everyday carry (EDC) self defense items a person may choose to carry.

The average person got their License to Carry approximately 6 years ago and  have been carrying for 6.2 years. This data shows that since some states allow carry without a gun license, the total time an individual has been carrying can and sometimes will exceed the length of time they have had their concealed carry permit.

Broken down by sexes, men have been carrying for 6.8 years and have had their concealed carry permits for 6.4 years. Women by contrast have been carrying for 4.5 years, and had their carry permits for 4 years, respectively. The report also concludes that we are seeing an increase in concealed carry frequency from women, something we can also attest to here personally at 4Ward Defense Firearms+Training in our License to Carry a Firearm classes.

-A full 3/4 (75%) of respondents state they carry a firearm all of the time or nearly all of the time. (76% of men versus 62% of women) Again, women seem to be the driver of increase in frequency of carry.

-The frequency of carrying a firearm also correlates to an increase in spending on firearms, ammunition and concealed carry accessories.

-Women are outspending men. This may be because of women purchasing a variety of holster options as it may be more difficult to carry comfortably with the disparity of choices of attire. (example- men wear belts more frequently and may only have a belt holster. Women may never wear a belt and may consider a concealed carry purse, a belt holster for rare occasion, and additionally have a pair of yoga pants with a built in holster system, etc)

-Men tended to gather research from periodicals, websites, and online while women preferred a more person touch from a professional or Firearms Instructor.

The BIGGEST takeaway for us, though- was seeing WHAT ELSE respondents said they usually carry besides a firearm. Individuals who frequently carried a handgun were likely to carry these additional self-defense items in decreasing order:

If you know someone interested in getting their concealed carry permit but do not know where to start or are a bit nervous, encourage them to take training classes like we offer here to increase their confidence and proficiency with their guns.

If you have personal questions about gear, etc etc, you can always contact us directly here; 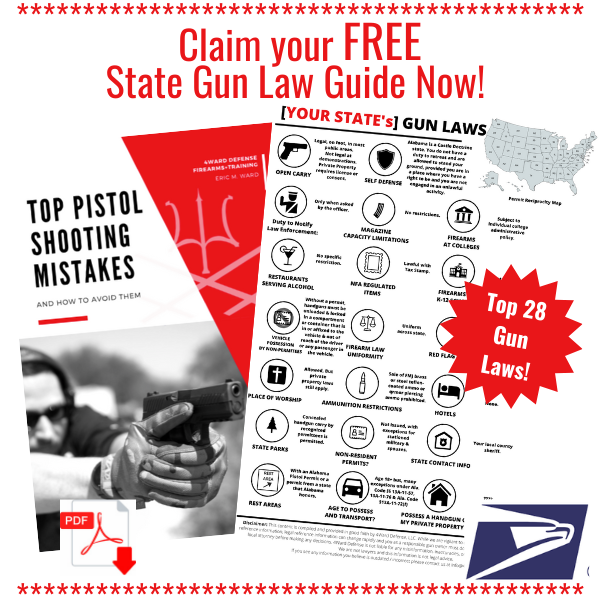